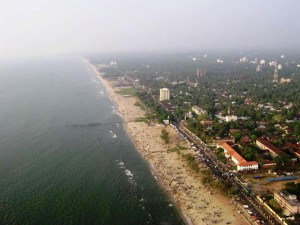 Kozhikode, also known as Calicut, is a city in the southern Indian state of Kerala. It is the third largest city in Kerala and the headquarters of Kozhikode district. During the middle Ages, Kozhikode was dubbed the â€œCity of Spicesâ€ for its role as the major trading point of eastern spices.

The district has a generally humid climate with a reasonably hot season extending from March to May. The main rainy season is during the South-West Monsoon, which sets in the first week of June and extends up to September. The North-East Monsoon extends from the second half of October through November. The average annual rainfall is 3,266 mm. The best weather is found towards the end of the year, in December and January the skies are clear, and the air is crisp. The city is well connected by Road, Rail and Air. Other modes of transportation include auto rickshaws, taxis, and ordinary and luxury buses. The international airport located about 20 KMs away from the City makes it well connected with the major national and international cities.

The pollution free atmosphere and the large pool of skilled human talent available in the region make it the most suitable destination for knowledge based industries. The people of Kozhikode are well known all over the world for their honesty â€“ giving the town a repute making it the ideal location for IT and ITES industries, that leverage in the high-quality manpower.

The availability of low cost highly skilled resources, of which a substantial portion is qualified female IT professionals, good civil infrastructure including the international airport with over 50 daily flights connecting Middle East, European and American destinations, good quality hospitals, International schools, shopping malls and entertainment facilities etc., it is imperative that an SEZ must be developed at the earliest in order to ensure the growth of knowledge based units in the region and thereby to the further social and economical development of the region as well as to penetrate the economic growth in to the peripheral rural economy from the urbans, where it is presently concentrated. The current proposal for establishing an IT SEZ in Kozhikode is a step in this direction. 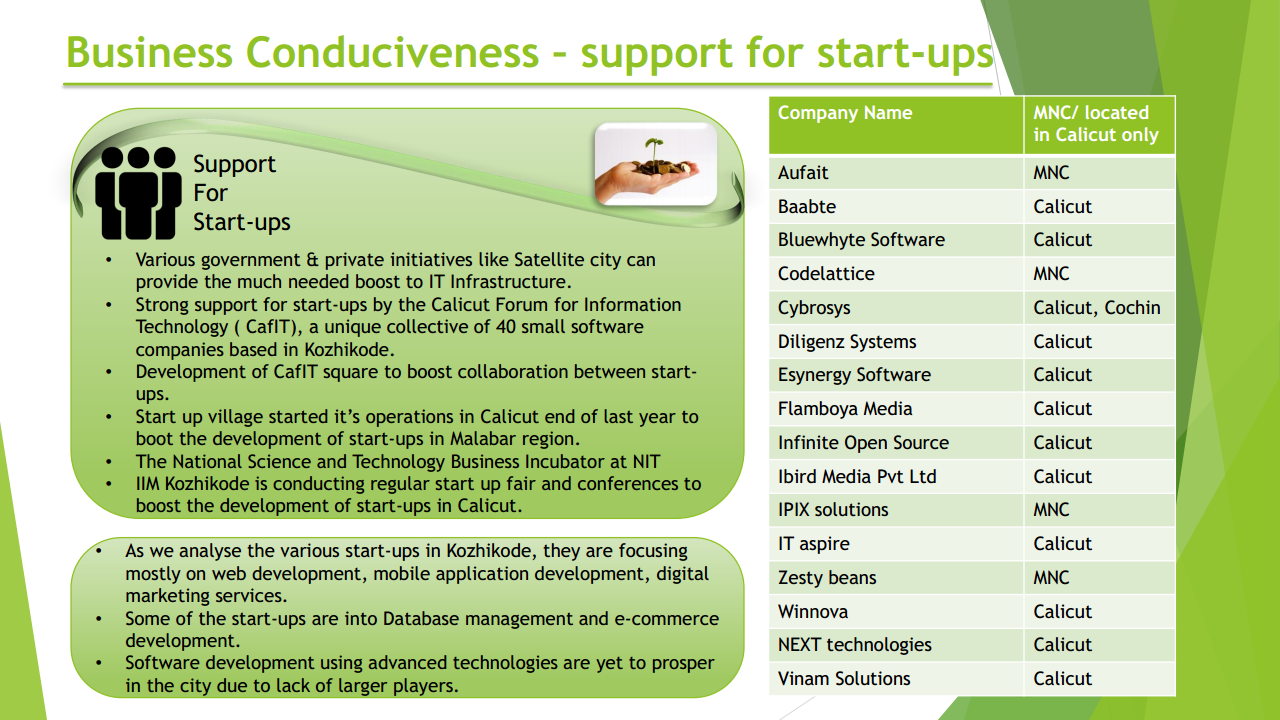