We cannot display this gallery

The present proposal is for the development of a Special Economic Zone for the promotion of IT, ITES and other Knowledge Industries in the Kasorgod District for augmenting the development of Northern region called Malabar region of Kerala State. About 100 acres of land has got transferred by Government of Kerala from Plantation Corporation for this project, out which 25 acres is proposed to be developed initially as an IT/ITeS specific SEZ. It is proposed to be developed by Cyberpark Kozhikode, which was recently established to act as the hub for development of IT/ITeS sector in the Northern Region. The park is named Cyberpark, Kasargod.

Promoters
Cyberpark is a society formed by GoK under the Societies Registration Act, 1860 with the main object of acting as a hub for the development of the IT/ITES industry in northern region of the Kerala State. It is formed in line with Technopark in south and Infopark in the central regions. Its first project is the development of Cyberpark in Kozhikode and as its spokes in Kannur and Kasargod. The day to day management is vested on the CEO of the park who is an expert appointed from the industry.

Agriculture forms the mainstay of the population of the district. The soil in the three natural divisions generally fall under three types. In the highland region it is laterite. The eastern tract comprises of forests and hilly areas. The forests comprise of a variety of timber with teak and other plantations. The hilly areas are mostly cleared and put to private cultivation; the important crops being rubber, cashew and ginger. In the skeletal plateau areas, cashew trees are cultivated, while in some patches, arecanut, pepper and cocoa are grown. In the coastal tract, paddy, coconut, arecanut, cashew, tobacco, vegetable and tapioca are cultivated. Along with these pepper and copra are the major commodities being traded here.

Kasaragod district has vast potentials for the establishment of large and medium industries, but the district is at present industrially backward. There is no major industry here. There are some small scale industries, though. Being blessed with a variety of factors such as good soil, salubrious climate, rich forests, enormous fishing potentials, minerals as well as infrastructural facilities like road, rail etc., the district offers ample scope for the development of industries. Nevertheless, Kannur is an industrially backward district in the state.

Kasargod district has an 80 kms. long sea coast extending from Trikaripur to Bangra-Manjeshwar. There are many fish landing centers in this district, transporting facilities and ice plants. 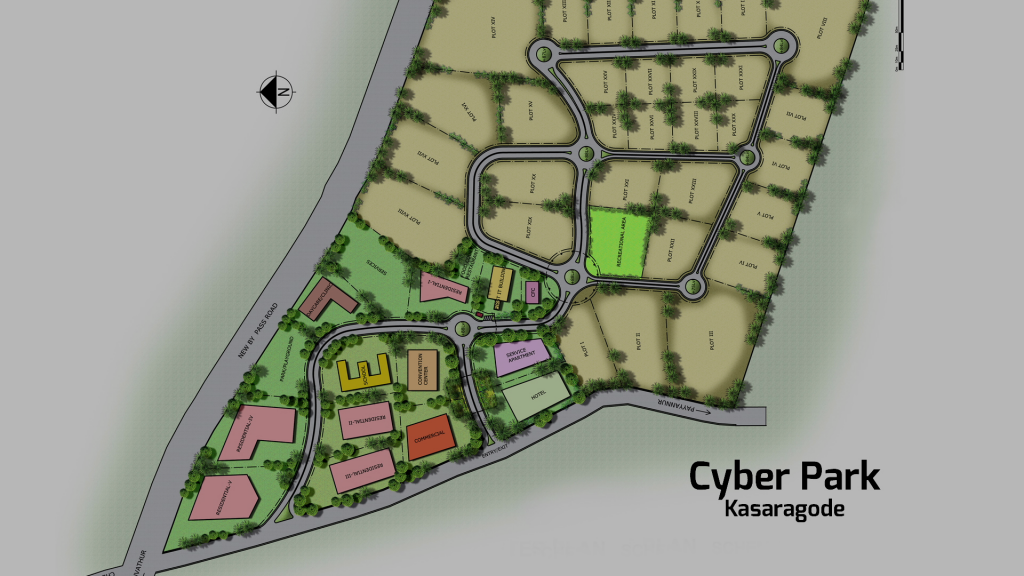